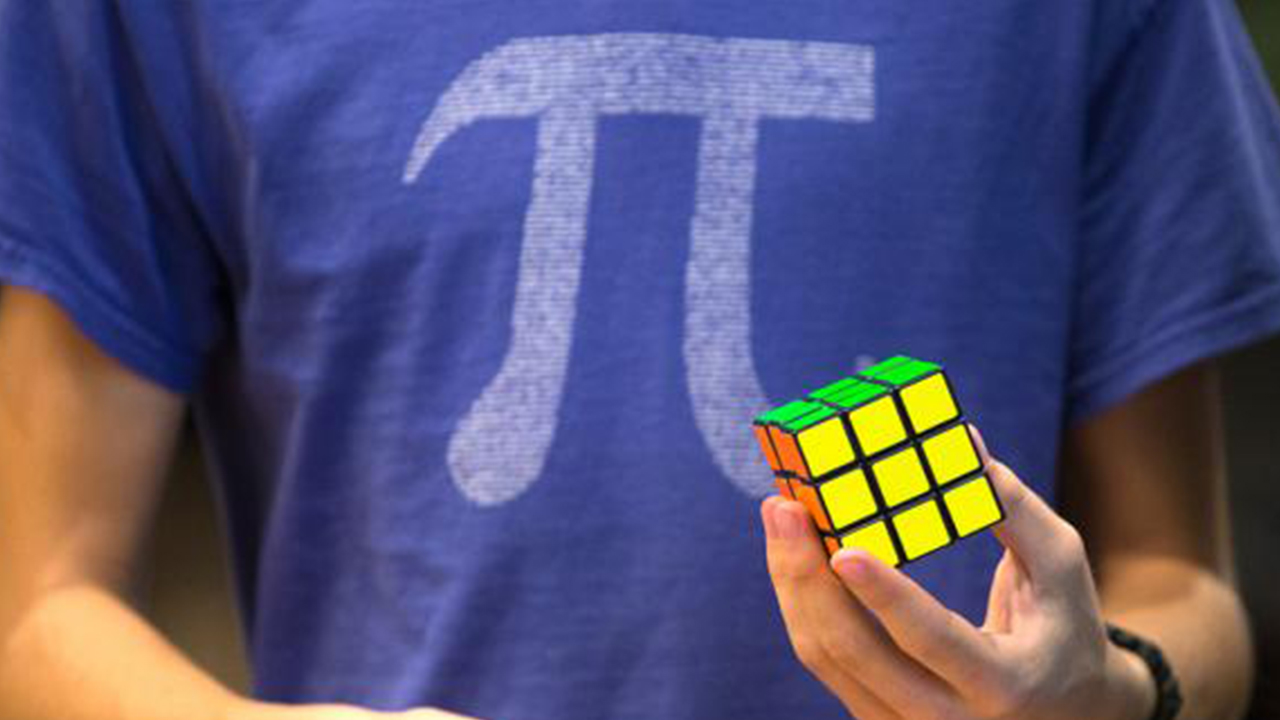 If you are a mathematics major at the University of Wisconsin-Platteville, then odds are that some aspect of your life has been touched by either Bill or Jean Sanders. The pair taught at the university for a combined total of 56 years, and their shared love of mathematics helped inspire multiple generations of Platteville students to pursue careers in STEM. When the couple retired in 2000, they decided they weren’t done being Pioneers. By funding two scholarships, one for new freshmen and one for continuing mathematics students, the couple have ensured an ongoing impact on today’s Pioneers.

The Sanders story starts in what Bill assures us was a deeply romantic setting: a calculus class in Rockford College in the late 1950s. Both were sharp students; as Bill tells it, “When the first exam came back I noticed she had a 98 and I had a 94. I thought to myself she’s not only attractive but she is bright as well … I decided early on that I would not compete with this young lady but would marry her and keep it all in the family.”

The two alternated honors at Rockford, with Bill receiving the Frances Louis Regan mathematics award one year and Jean receiving it the following year; both graduated early and were married the next year. Bill was hired first at UW-Platteville (then called the Wisconsin State Teachers College and Institute of Technology) in 1964. Jean earned her master’s in mathematics education—while serving as president of the Faculty Wives Club, sitting on the scholarship committee, and having the first three of their eventual four children—and was hired by the university a few years later, in 1969.

“We both thought it was neat that we could get paid for doing the very thing we loved to do,” said Jean. The Sanders’ early classes would have looked very different than classes today; not only were there no calculators, laptops, or other software, but the ratio of men to women was heavily skewed. “In the past few years, there has been a definite increase in encouraging young women to consider [STEM] career paths,” said Jean.

One of those young women, Lexi Baehr, is the recipient of the Bill and Jean Sanders Scholarship. The math major from Spencer, Wisconsin, is hoping to be an actuary near her hometown after she graduates, but is making the most of her time at UW-Platteville by participating in the Math, Community Service, and Ski Clubs, while living in the Women in STEM LLC in Dobson Hall. “Without people like Bill and Jean donating to our futures, it would be much harder for me to come to college,” Baehr points out. “The scholarship helps you focus more on school and get more involved because you’re not as worried about working.”

Colton Peck, a freshman who is also minoring in accounting, business administration, and applied statistics, agreed. “This scholarship helped cover part of my tuition, which really eased some financial stress. It has definitely had a positive impact on my time at UW-Platteville,” said Peck.

Both Baehr and Peck received their scholarships as new freshmen, but there is also a Bill and Jean Sanders Scholarship for continuing students. One of those continuing students, Justin Jarvensivu, is balancing his major with both a minor in statistics and a position on the basketball team. “Activities are a part of the college experience and although money is hard to come by for students, it’s nice to get some help,” said the sophomore from Tomahawk, Wisconsin. The freedom to explore sports during his time in college has helped Jarvensivu narrow down his potential career interests—he reports being “very interested in statistical analysis, particularly as it applies to sports.”

That kind of outside-the-box thinking about math is precisely what the Sanderses wished to encourage. “A career in mathematics opens many doors,” Bill pointed out. “You could pursue careers in education, insurance, engineering, statistics and more. Mathematics and English contribute to widen a student’s choices for a career.”

That wide-open attitude is mirrored by Nicholas Hein, a sophomore from Reedsville, Wisconsin, who is double majoring in math and software engineering (while running both cross country and indoor/outdoor track). “Math has infinite applications in every single field; it's really exciting how much you can do with what we learn,” said Hein, who is also enjoying the freedom that a little financial breathing room has given him. “I still have a part-time job, but I don't have to get a full-time job during the school year, which would be really rough—I know very few people that can pull that off. I suppose that since I'm also planning on going to graduate school for my Ph.D. in either math or computer science it'll help balance that debt after college.”

Alex Werner, another math and software engineering double major from Hartland, Wisconsin, also feels liberated by the Sanders Scholarship. “My scholarship has allowed me to spend less time working and devote more time to my studies,” said Werner.

Talking to the many recipients of the Bill and Jean Sanders Scholarship, it’s easy to see how the couple’s vision has already become a reality. The high-achieving students who receive the scholarship are using it to explore new fields and applications of math; to participate more fully in the academic, athletic, and social life of the university; and to plan ahead for their futures.

“It is nice to know that even though Jean and I will be retiring, that from this point on we will be helping students pursue a possible career in mathematics,” Bill stated in his 2000 retirement address.

Why did the Sanderses decide to help? “We thought about that first mathematics award we received at Rockford College and all the help and encouragement we’ve received from others over the years,” said Bill. “We decided to establish these two endowment scholarships … as a way of sharing our love for mathematics and teaching.” That shared love continues to bind them to the community of Pioneers today.