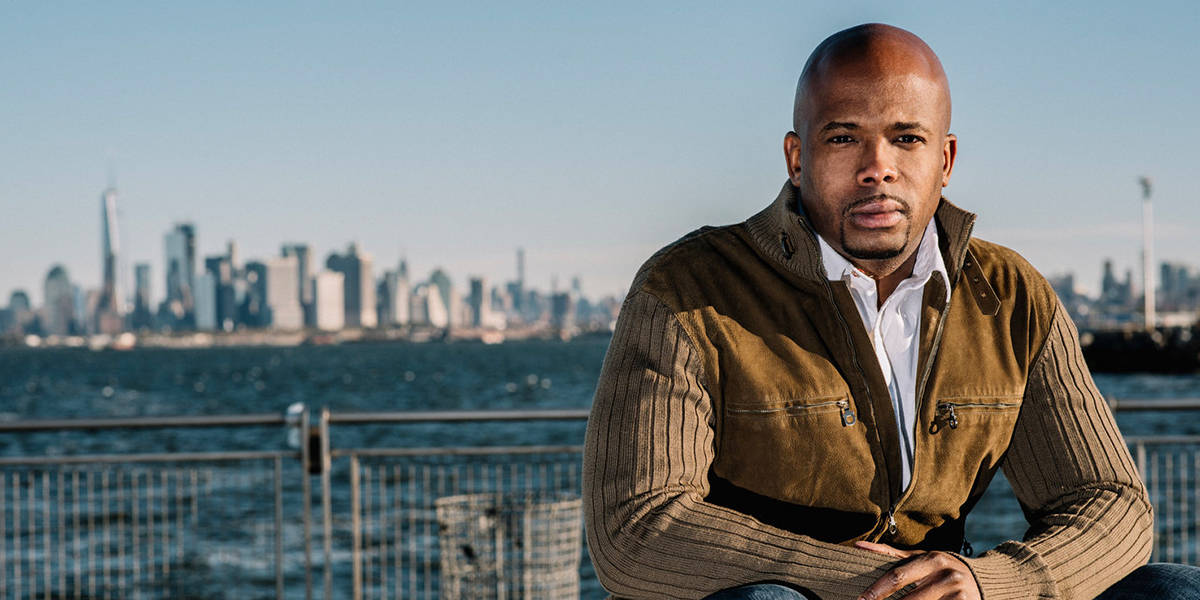 Chesney Snow, an award-winning, New York City-based theatre artist and an alumnus of Platteville High School (’97), will present “American Inequality and the Functionality of the Arts” and the documentary “American Beatboxer” at the University of Wisconsin-Platteville’s Lundeen Lecture Hall on Wednesday, April 10 at 4 p.m. and 6 p.m. The event is free and open to all.

Snow’s presentations are sponsored by the university’s Platteville Community Restorative Justice student organization and the Department of Campus Climate, and are being held in coordination with National Crime Victims’ Rights Week, April 7-13.

In the first part of his program, “American Inequality and the Functionality of the Arts,” Snow will discuss, in depth, how the fine arts are a great resource to society, providing opportunity for deeper understanding of ourselves and of one another’s experiences. Through his presentation, he hopes to inspire students of all ages and fields of study to utilize the arts for their own healing, relaxation and education, to connect with others and to find avenues to facilitate social change.

Snow also will share his personal story of being a survivor of domestic violence who found refuge, as a child, through Family Advocates Inc. in Platteville, a nonprofit organization and shelter that offers support and advocacy for domestic violence, sexual assault, child abuse and elder abuse. He will also share how an invitation to join high school theatre changed his life.

Throughout his presentation, Snow will use his strong stage presence and many musical and theatrical talents to engage the audience. The second part of his program will include the viewing of the documentary featuring Snow, “American Beatboxer.” A question-and-answer session will follow both portions of the programming.

As a conclusion to the week of programming, the public is invited to a special performance and presentation at Platteville High School on Thursday, April 11 at 7 p.m. This performance will include an excerpt from Snow’s autobiographical work, “The Unwritten Law,” discussion on his work, as well as Snow performing alongside special guest musicians.

“I am humbled and honored to return home to Platteville to explore and speak on the significance of the arts in our lives, communities and their inherent interconnectedness to the social justice and human rights movements essential to a thriving world,” said Snow. “I am hoping to inspire and be inspired by this experience. I would hope that people will gather a deeper insight into the functionality of the arts within our society.”

“The arts have long provided us a space to safely explore emotions and to connect in ways otherwise not possible due to social constructs,” said Robin Cline, lecturer of criminal justice at UW-Platteville. “As a therapist in corrections, I often see incarcerated men using drawing, writing and creating music as a means to process trauma. Chesney Snow used the invitation to join theater as a distraction from the harsh realities that life was presenting him in adolescence. He is testament to surviving adversity, healing through and with the arts and ultimately finding a voice to empower others.”

Cline said being able to host Snow in Platteville is not only an honor, but also an opportunity. She and the Platteville Community Restorative Justice student organization, with the aid of the Department of Campus Climate, look forward to seeing the community take part in these events and to continue the conversations of social justice going forward.

Snow is known for originating the role of Boxman in the off-Broadway and Broadway productions of the a cappella musical “In Transit.” He is widely considered a pioneering figure in the world of beatboxing culture, with his work “American Beatboxer” being archived in the Rock and Roll Hall of Fame, the Schomburg Center for Black Research and Harvard University Hip Hop archive where he was a three-time artist-in-residence.

Snow has extensive creative and performing credits in regional theatres across the United States. He was most recently a composer and lyricist alongside Golden Globe award winner Regina Taylor and Pulitzer Prize finalist Deidre Murray for the musical Crowns at Princeton University’s McCarter Theatre and the Long Wharf Theatre. He is a recipient of the Drama Desk award and a United States cultural ambassador with the U.S. Department of State. Snow headlined Carnegie Hall twice with Distinguished Concerts International’s Total Vocal.

Snow has spent decades in the field of theatre arts and education, teaching and creating programs in public schools, prisons, hospitals, non-profits, universities, socially conscious corporations and numerous countries throughout the world. His critically-acclaimed, autobiographical Hip-Hop theatre play, “The Unwritten Law,” was hailed as “Political theatre at its best. The most powerful theater I’ve ever witnessed” by Broadway World.

All events are free, and donations for Family Advocates Inc. will be collected at each event.

Platteville High School Auditorium
7 p.m.: Community performance, to include an excerpt from Snow’s autobiographical work, “The Unwritten Law,” discussion on his work, as well as Snow performing alongside special guest musicians. (Open to all)

Any questions or needs for accommodations may be directed to Robin Cline at clinero@uwplatt.edu or 608.642.2581.