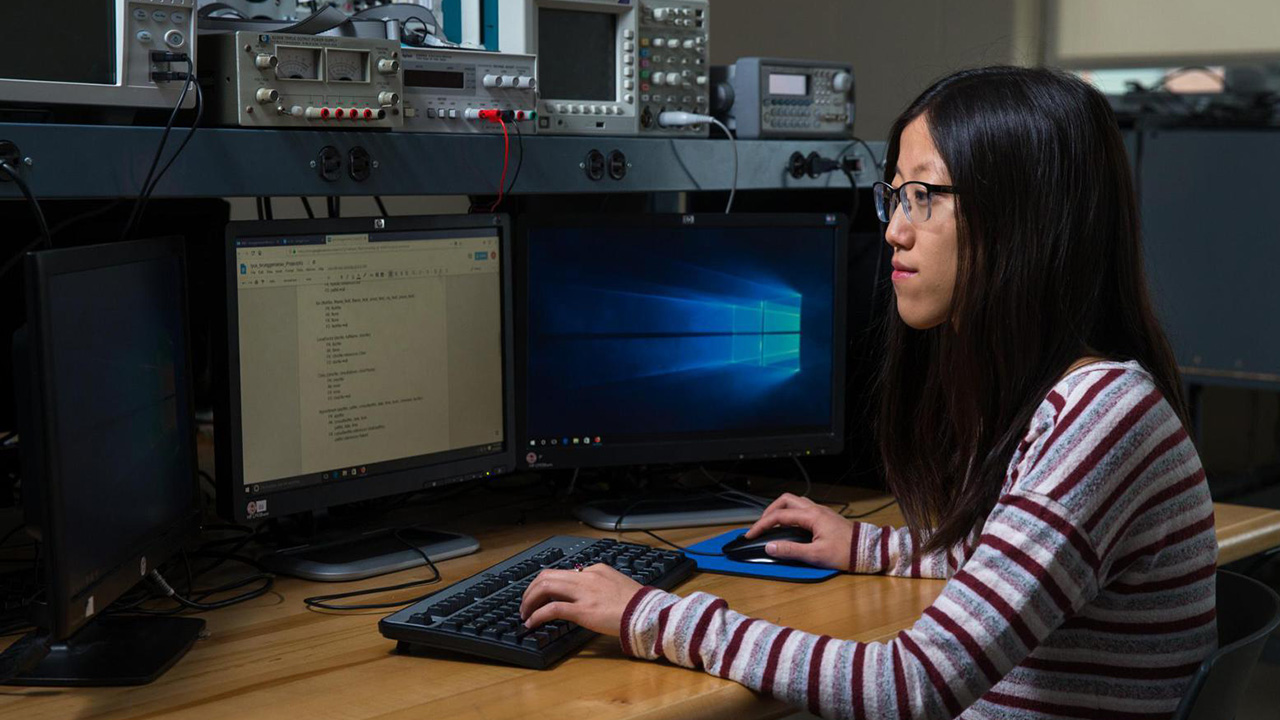 Ava Brueggeman conducting research as an undergraduate at UW-Platteville. 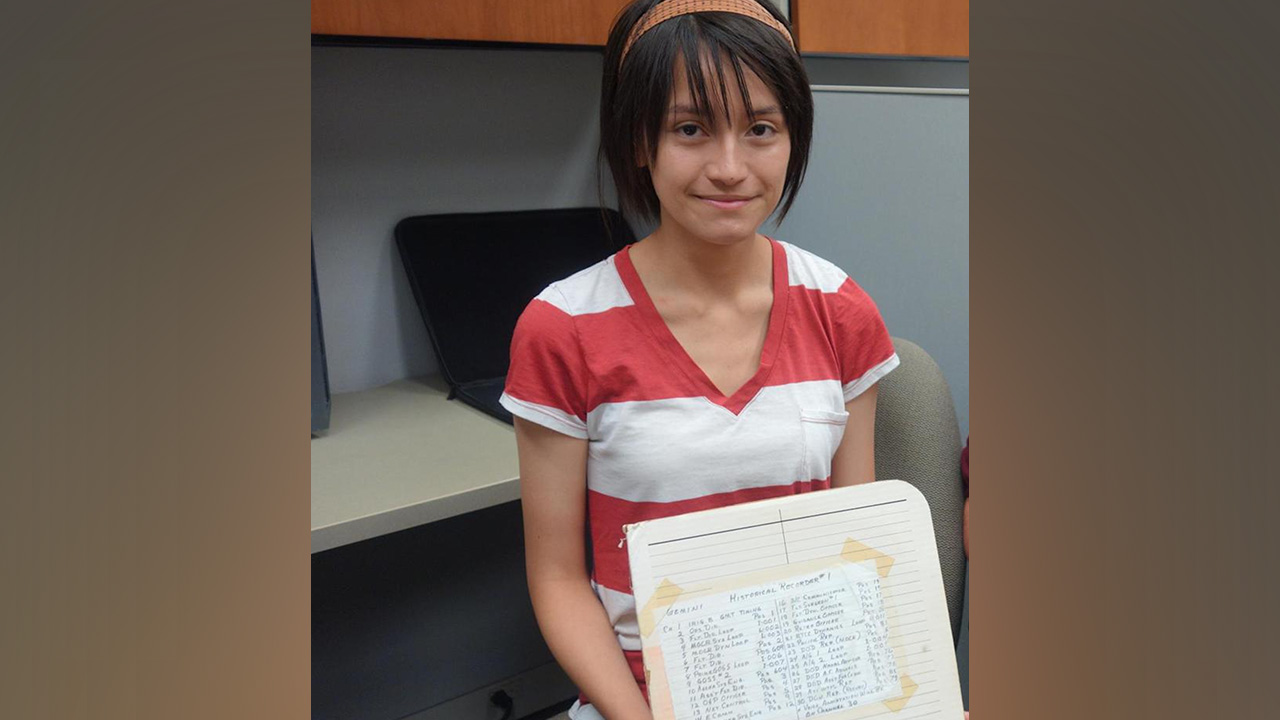 Chelzy Belitz conducting research as an intern at UT Dallas’s Center for Robust Speech Systems, while she was an undergraduate student at UW-Platteville.
❮ ❯

Two recent UW-Platteville graduates are pursuing their Ph.Ds. at the University of Texas at Dallas and contributing to a variety of projects that are significant to both the past and future.

Chelzy Belitz and Ava Brueggeman graduated from UW-Platteville in 2018, both with a major in electrical engineering and minor in computer science. Their research in UW-Platteville’s Pioneer Speech Signal Processing Laboratory introduced them to the study of digital signal processing and machine learning for speech-enabled technologies. While at UW-Platteville, they each completed an internship at UT Dallas’s Center for Robust Speech Systems, cementing their desire to continue studying this field after graduation.

Now in their second year of graduate school at UT Dallas, Brueggeman and Belitz had the opportunity last fall to attend the Interspeech 2019 conference in Austria—the largest conference in the field of spoken language processing. While at the conference, they helped organize the Fearless Steps Workshop, which was a continuation of UT Dallas’s collaboration with NASA to digitize and automatically index flight communications from several NASA missions, including Apollo 11. Belitz also worked on the project during her undergraduate internship.

“Because there were so many tracks and so many people involved in the missions, the tapes wound up being hundreds of thousands of hours of data,” said Belitz. “It’s not exactly possible for workers to listen to all of that, so what students at UT Dallas have done is applied different speech processing techniques to analyze the data.”

“This project has a really great historical significance,” said Belitz. “We were able to digitize this data, make it available to the public, and preserve a piece of history.”

The recordings that Belitz helped process for the Apollo 11 flight were used in CNN’s award-winning Apollo 11 documentary. In addition to the project’s historical significance, Belitz explained that it also provides valuable contributions to the study of speech and language technology.

“The Fearless Steps project actually became a challenge within the speech community,” she said. “I was one of a group of people who transcribed a total of 100 hours of Apollo 11 mission data. We then gave the entire data set to the speech community to see if people could figure out better ways of processing this data. It’s significant because it’s very unique—it’s a very large, naturalistic data set. Right now, a lot of speech technology tends to work very well when there are a lot of constraints—for example someone is just reading something or is giving a prompted speech—but a lot of them tend to not work as well when it uses naturalistic data. We wanted to take advantage of it, because it gave us a chance to actually look into our naturalistic data and look into the sort of difficulties that come with that. There are interruptions, people misspeaking, and all the things that come with natural speech.”

Both alumni are also working on various speech technology research. Brueggeman is continuing work on a cochlear implant project that she started on as an undergraduate. “Cochlear implants are kind of like hearing aids, except they are meant for people with even more severe hearing loss or who have been deaf from birth,” Brueggeman explained. “It has a part that is surgically inserted into the inner part of the ear and it directly stimulates the auditory nerve. In that way, it gives people who have lost their hearing, a new sense of hearing.”

The project Brueggeman is contributing to, CCi-MOBILE, is a portable research platform aimed at making it easier for researchers to test their new algorithms for people with cochlear implants.

“If you are working on speech enhancements, and you would like to make it easier for people with cochlear implants to be able to understand other people, you could use CCi-MOBILE to test an algorithm on a person with cochlear implants. It’s unique in that it can be taken outside of the lab; you could go to Starbucks or the library, or send it home with them,” said Brueggeman, who has been recently focusing on Android development for the platform.

Belitz has also been involved in a project that aims to improve hearing aid systems based on machine learning concepts. This work gave her the opportunity to publish her first paper, as well as present at the Interspeech conference.

Both Belitz and Brueggeman credit the opportunities they had for research at UW-Platteville, particularly with Dr. Hynek Boril, Assistant Professor of Electrical Engineering, for encouraging them to pursue Ph.Ds. in this area.

“I think a lot of us [at UW-Platteville] didn’t think that much about going to graduate school,” said Brueggeman. “We were prepared really well in our classes, but I think most people just want to join industry immediately after graduation. Hynek was a big inspiration and showed us what we could do if we continued to graduate school.”