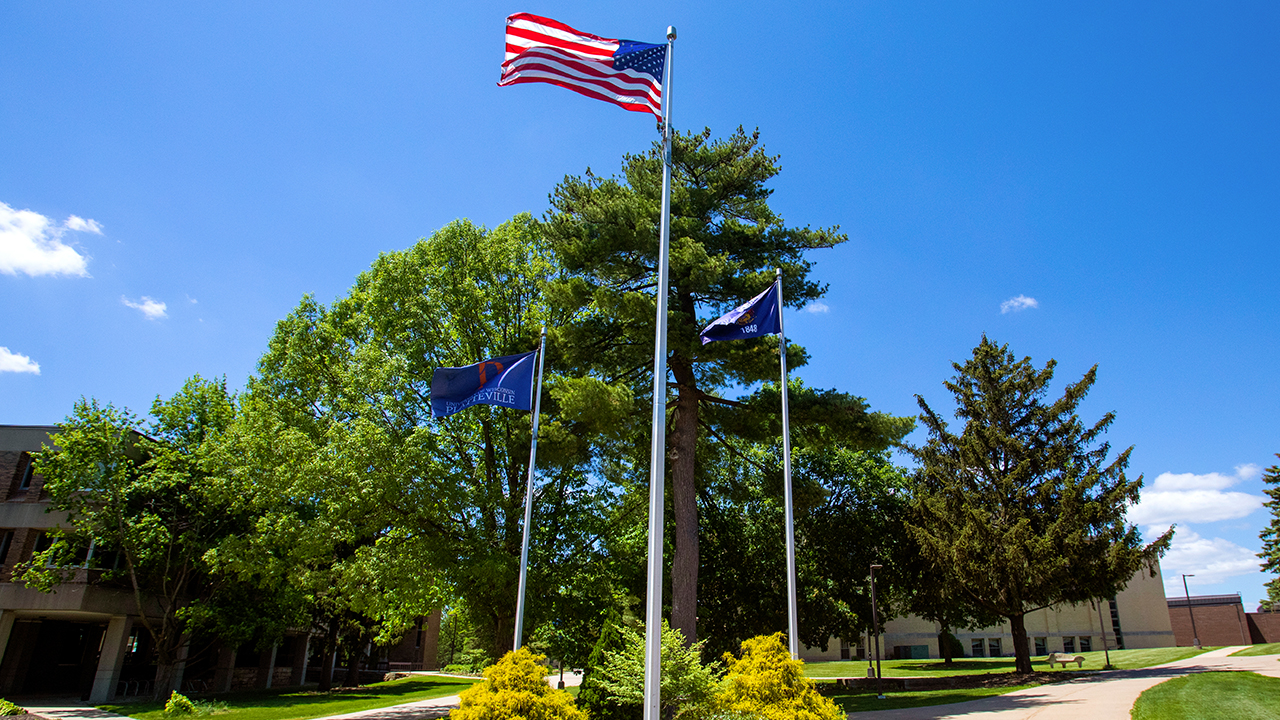 Telling the stories of soldiers killed in war started as a small, personal project for Mac Kolar, a 1969 graduate of the University of Wisconsin-Platteville. About five years ago, the retired U.S. Marine Corps Lieutenant Colonel began researching and writing about family members and residents of his hometown of Fennimore, Wisconsin. The efforts led him to connect with fellow alumnus Dr. Jim Lawton, a 1967 graduate of UW-Platteville and a former fraternity brother and teammate of Vasilios Demetris — one of the fallen soldiers Kolar was honoring. As Kolar and Lawton came to realize that no Vietnam War veteran memorial existed on campus – nor did a comprehensive list of students or alumni killed in action – the pair set out to change this. Through a collaborative endeavor that has spanned more than a year and included the help of faculty, staff and students across campus, they have now quadrupled the number of identified students and alumni, bringing them closer to their goal of memorializing the veterans on campus.

In early 2020, Kolar connected with Dr. David Krugler, UW-Platteville professor of history, who happened to be teaching his Vietnam War history course that spring. Krugler then built a research assignment into his course. His students were able to participate in a conference call with Kolar to learn more about his goals and current research. The students visited the university archives and scanned indexes from past Pioneer yearbooks, which they then converted from PDFs into searchable text files. The files were used to match names from the yearbooks to those on the Vietnam Memorial Wall, which is available online. Dr. Arghya Das, a UW-Platteville assistant professor of computer science, coded a program to match the names to those on the wall.

The program returned approximately 800 names, and Kolar and Krugler have since been tediously pursuing the task of cross-checking the names, typically using obituaries and newspaper articles. Due to common names, most of them were false matches. However, the effort did allow them to positively identify several students and alumni who were not previously known.

“I think the project was highly beneficial to the students, helping them to understand the human cost of the war for not just the United States but also our little part of the nation – UW-Platteville,” said Krugler. “It's important to know, of course, that more than 58,000 Americans died in the war. Through their research, the students got to know some of the personal history of 12 of those men, who attended or graduated from UW-Platteville. They also provided insightful, creative ideas on how to create a virtual and physical memorial to these men.”

Kolar also placed notices in UW-Platteville’s alumni newsletter, which led to two additional identifications. To date, the efforts of Kolar, Krugler and his students, and several others who assisted, have resulted in the identification of 12 students or alumni who were killed in action in the Vietnam War. Kolar hopes to complete the process of identifying as many soldiers as possible this year, and then work with others on campus to propose a memorial. He eventually hopes to do more research on those alumni and students he has identified so he can further tell their stories.

“As a history major and a retired Marine, I can put a unique perspective on the service of what would be my peers at Platteville,” said Kolar. “I am just honored to be able to find out more and to create something to allow their memory to live on.”

The identified soldiers to date include:

Any information on other students and graduates who lost their lives can be forwarded to Kolar at mackolar@verizon.net.

No limits to learning

Hallstrom finds a top engineering education in her hometown