Mueller to present research on dopamine at Research in the Rotunda 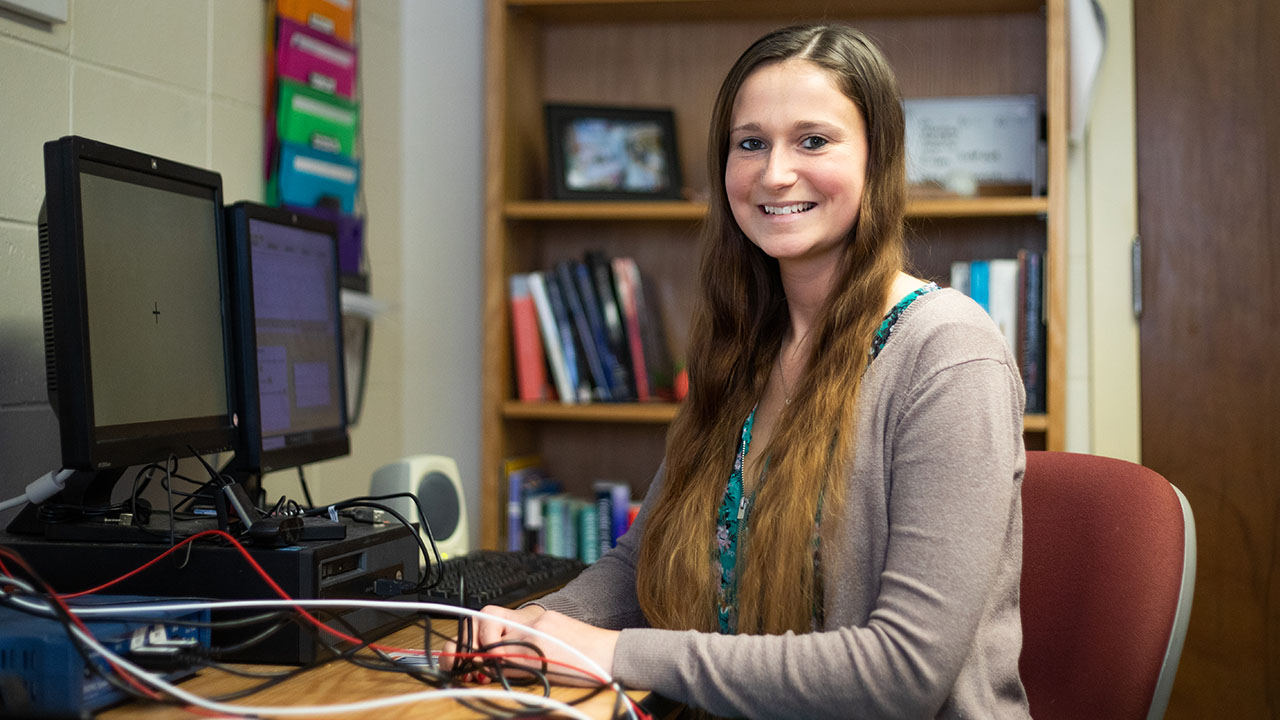 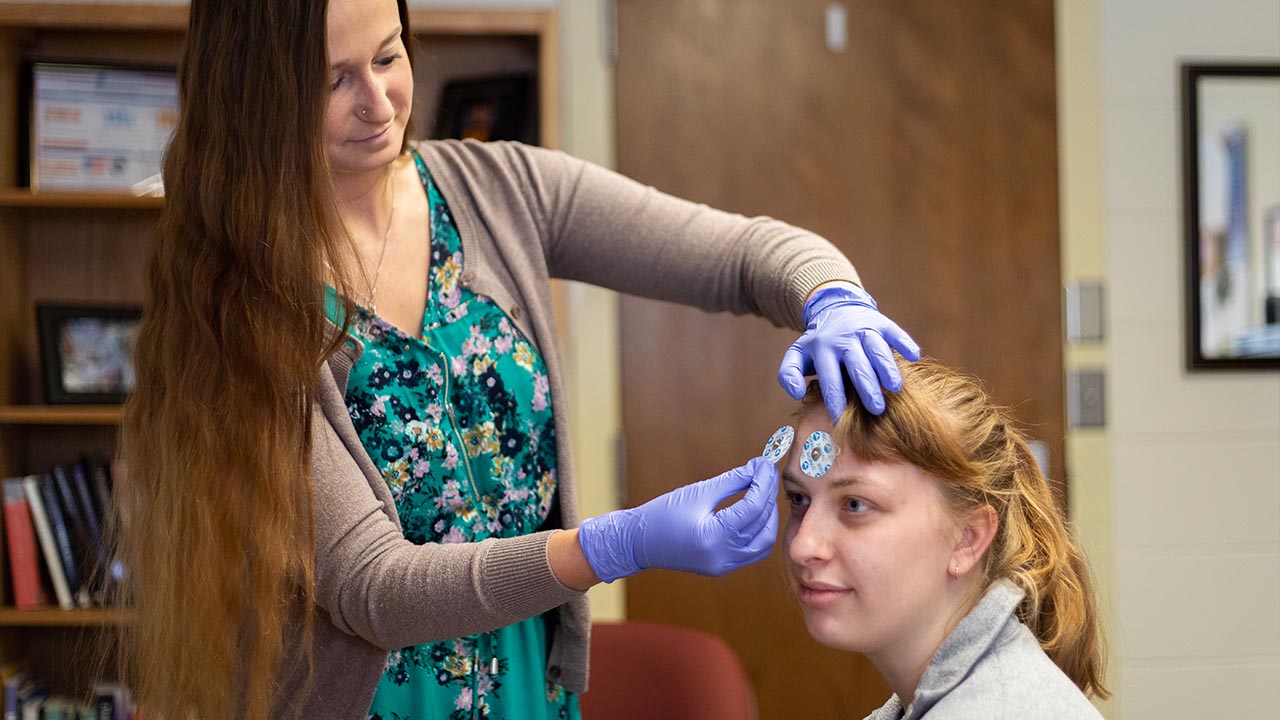 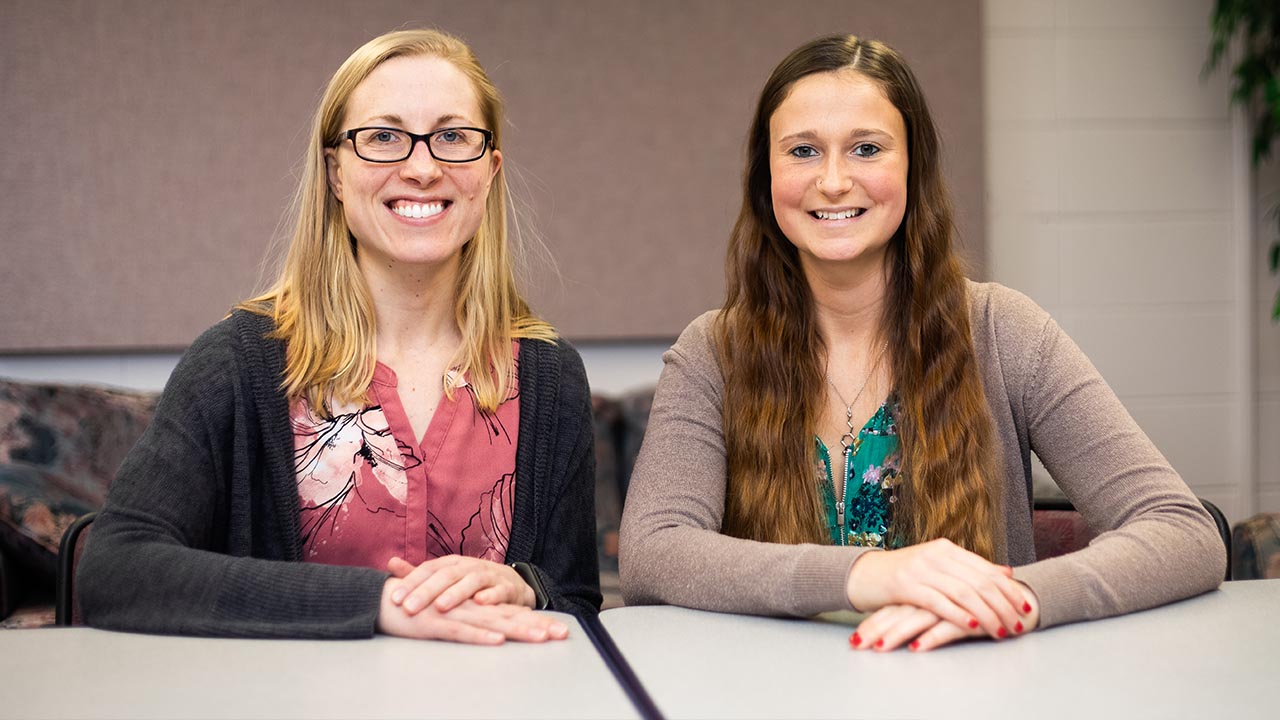 Dana Mueller, a senior psychology major at UW-Platteville from Sturgeon Bay, Wisconsin, will present her research on dopamine and utilitarian moral judgment at the 17th annual Research in Rotunda on Wednesday, March 11, at the Capitol Building in Madison, Wisconsin.

The main goal of Mueller’s research study was to examine whether dopamine, a neurotransmitter associated with reward processing and movement, or religiosity predicted utilitarian moral judgment. Utilitarian judgments endorse harmful behaviors for the purpose of a “greater good.” It is a “the ends justify the means” type of judgement.

“I am honored to have been selected to present my research at the annual Research in the Rotunda event,” said Mueller. “I will be able to share some of the applications of my research and express the impact of my research in relation to the real world and societal values. I look forward to sharing my findings with legislators and state leaders in addition to UW System alumni, faculty and students.”

Mueller was mentored by Dr. Kameko Halfmann, assistant professor of psychology at UW-Platteville, who provided guidance, instruction and feedback that helped her facilitate all aspects of the research study.

“I am so excited to have Dana present at Research in the Rotunda,” said Halfmann. “I think her research on dopamine and moral judgment is timely, interesting and important. I also think it is an excellent example of interdisciplinary work, and I believe what she has learned can inform folks in policy or in other disciplines who have a deep-rooted interest in human moral judgment.”

In late fall 2018, Mueller and Halfmann planned and designed the research study. Following, Mueller completed paperwork to obtain approval from the university’s Institutional Review Board and prepared the study’s stimuli in Qualtrics, a web-based tool to conduct survey research.

During spring and fall 2019, Mueller collected data from close to 100 participants, who completed a moral judgment task in which they responded to 32 scenarios where they had to decide whether or not a particular action was appropriate. These scenarios fell into four categories: nonmoral, impersonal-moral, low conflict-moral and high conflict-moral.

Following is one example of each of the scenarios:

“Spontaneous eyeblink rate, an indirect measure of dopamine, has been shown to consistently covary with dopamine levels in past research studies,” explained Halfmann.

In January and February 2020, Mueller and Halfmann began analyzing the data in SPSS Statistics, a software program used for interactive statistical analysis.

The results of the research were not what they expected.

“I am genuinely surprised that we did not find a relationship between dopamine and utilitarian moral judgment or between religiosity and utilitarian moral judgment,” said Halfmann. “I think this is a really interesting result, even though it is considered a ‘null’ finding. At this point, we have to go back and do a little more reading and run some follow-up exploratory analyses to better understand these results.”

“Since our results have indicated a ‘null’ finding, I am excited to explore some of the reasons why,” said Mueller. “This type of finding is just as important to report as a supported hypothesis, and I am interested to see what new questions and research ideas I develop as a result of this project.”

Halfmann noted that Mueller’s research is especially interesting now, at a time when there is more artificial intelligence, especially with automated vehicles.

“Understanding what factors predict human moral judgment will help programmers develop AI that behaves most consistently with humans respective of their biology and their culture,” she said. “In our case, we found dopamine and religiosity did not predict moral judgment, which really opens the door for more questions concerning what does predict and lead our moral judgments.”

Mueller said the research experience provided her with an invaluable, intensive scholarly experience that prepared her for graduate studies and her future career in neuroscience. “Conducting this research project gave me the opportunity to learn skills that I can use in any future laboratory setting as well as collaborative environment,” said Mueller.

Halfmann agreed. “Undergraduate research allows students to get hands-on experience, explore a topic that is more meaningful and interesting to them and become self-directed learners,” she said.

“Dana is one of the hardest working students I have ever met,” said Halfmann. “She put in so much time – hundreds of hours – and effort into this project. She has truly become a leader in our lab, teaching younger students the skills that she learned and/or taught herself, and serving as an excellent role model. She has been seizing every opportunity to learn and better herself as a student and as a student-researcher, such as attending conferences and networking. I am very excited to see what Dana’s future holds.”