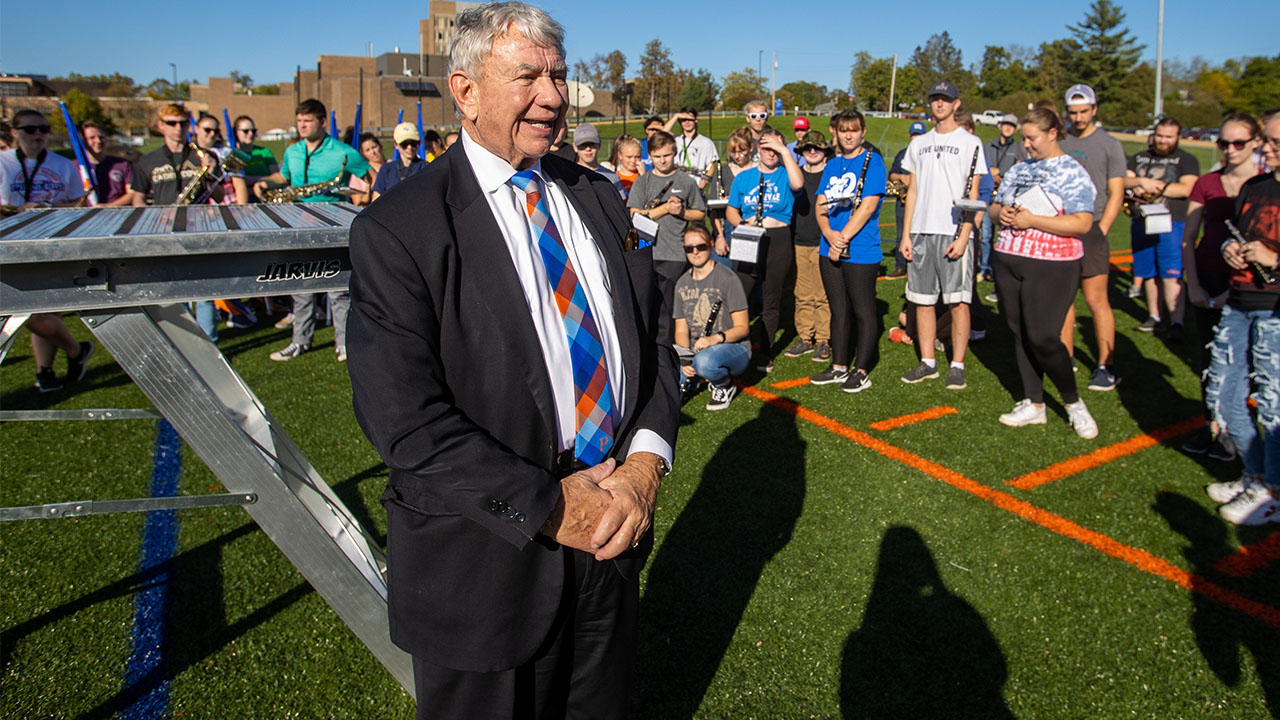 Former Wisconsin Governor and current President of the University of Wisconsin System Tommy G. Thompson will deliver the principal speaker address at the 208th University of Wisconsin-Platteville spring commencement. The celebration will take place in the Ralph E. Davis Pioneer Stadium on Saturday, May 14. The two ceremonies will include the graduating class of 2022 and the graduates of spring 2020, summer 2020, fall 2020 and spring 2021.

Thompson, a native of Elroy, Wisconsin, began his appointment as interim president of the University of Wisconsin System on July 1, 2020. In February of 2022, the Board of Regents voted to remove the “interim” designation on his title, making him the eighth president of the UW System. Thompson has announced he will step down on March 18, 2022. Thompson has a long history in Wisconsin politics. He was elected to the Wisconsin Assembly in 1966 and became minority leader in 1981. He won election as governor in 1986 and served an unprecedented four terms, which makes him the longest-serving governor in Wisconsin history. As governor, he remained committed to a strong university system, faculty research and the Wisconsin Idea. He stepped down during his fourth term to become United States Health and Human Services secretary under President George W. Bush, a role where he oversaw an increase in funding for the National Institutes of Health and enhanced local public health preparedness.

Following his term in public office, he has focused on efforts to develop innovative solutions to the health care challenges facing American families, businesses, communities, states and the nation as a whole. Thompson earned his bachelor’s and law degrees from UW-Madison.