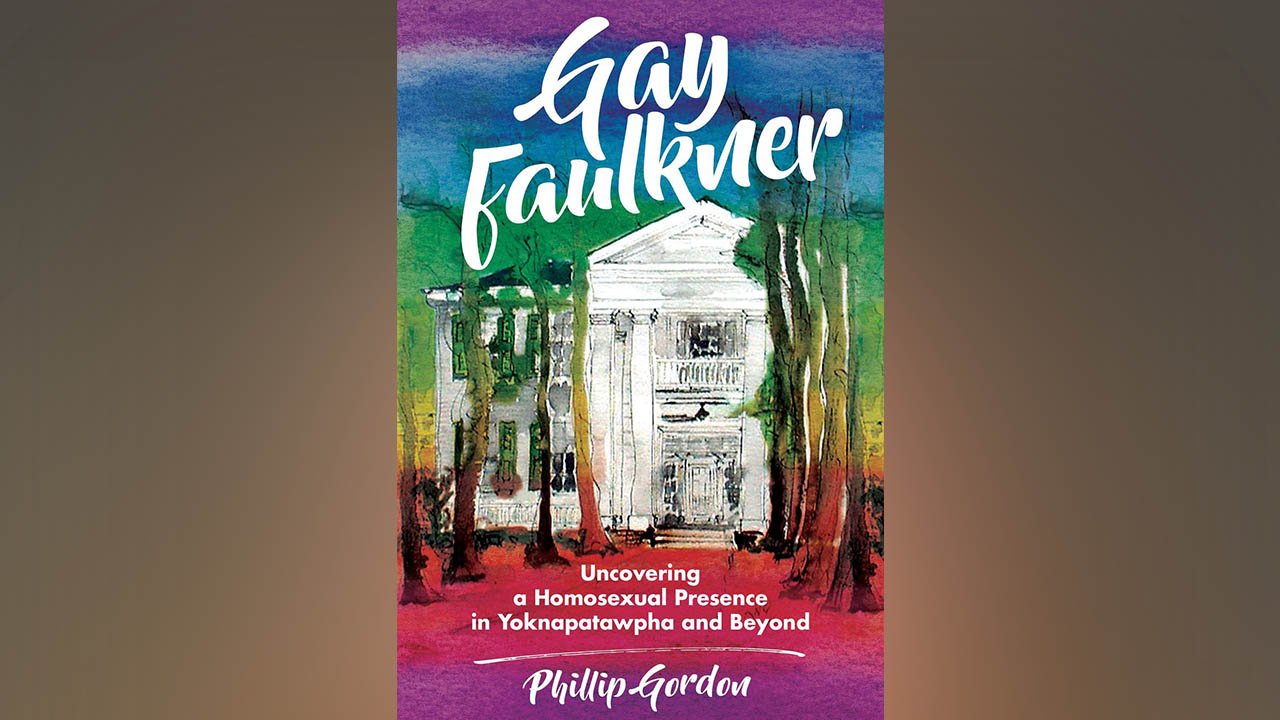 The cover of Gordon's book features an original watercolor and ink image of Faulkner’s home in 1976, composed by Roy Neil Graves. 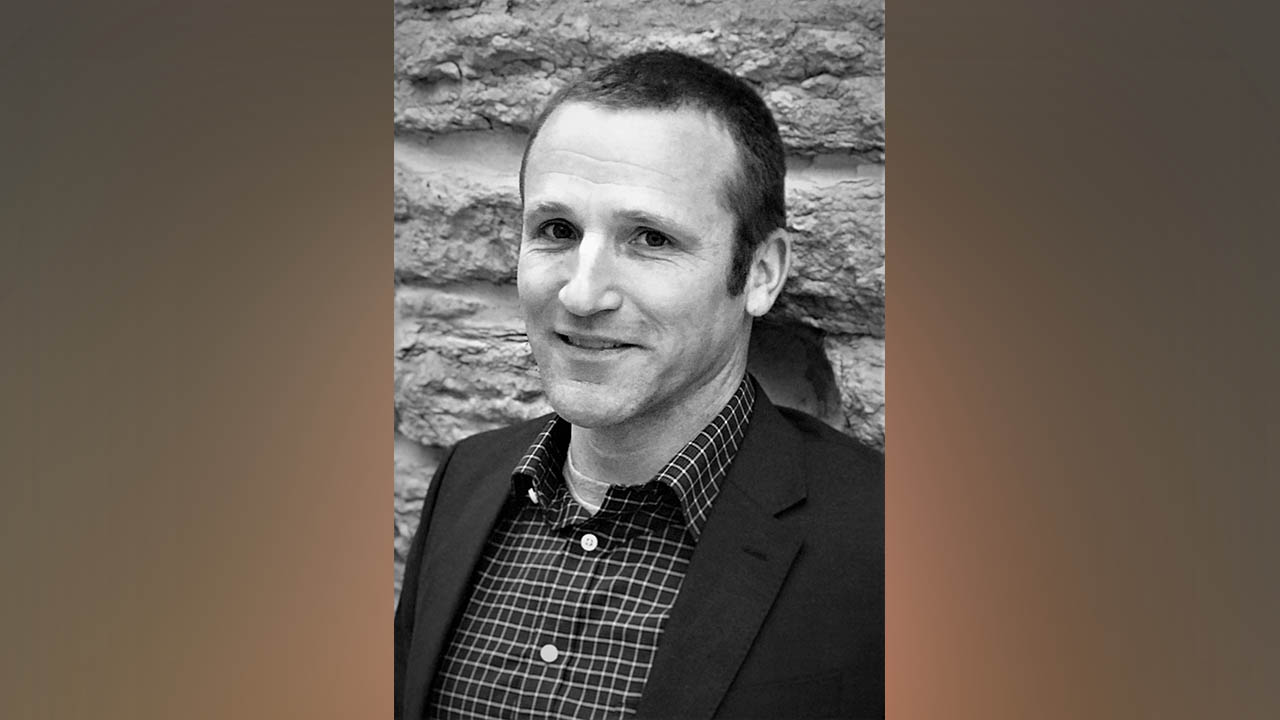 Dr. Pip Gordon, associate professor of English and Gay Studies coordinator at the University of Wisconsin-Platteville, explores Nobel Prize-winning novelist William Faulkner’s ties to LGBTQ literature and culture in his recently-published book, “Gay Faulkner: Uncovering a Homosexual Presence in Yoknapatawpha and Beyond” (University Press of Mississippi).

The book explores the lifelong, intimate friendships Faulkner (1897-1962) maintained with gay men, the extent to which he immersed himself into gay communities in Greenwich Village and New Orleans, and how profoundly this part of his life influenced his creation of Yoknapatawpha County, the fictional Mississippi county where he set his best-known fiction.

Faulkner wrote nearly 20 novels and hundreds of short stories about race, history, memory and sexuality, primarily set in the United States South, but sometimes in Hollywood, Europe and elsewhere. His influence can be seen in many later American novels, such as “To Kill a Mockingbird” by Harper Lee and “There, There” by Tommy Orange, which was a finalist for the Pulitzer Prize in 2018. Several other Nobel Prize-winning authors credit Faulkner’s influence as vital to their works, including Gabriel García Márquez, Toni Morrison and Alice Munro.

“Faulkner is a touchstone for much of Western European and American literature in the latter half of the 20th century and into the 21st,” said Gordon. “He is probably the most studied and discussed American author since the Civil War and is even a foundational author to what we call American Literature in the university today.”

Gordon points out, however, that while there are numerous celebrated biographies of William Faulkner, no substantial study has ever considered how connected he was to LGBTQ communities and cultures. “My book makes a lot of new claims about Faulkner, and helps us see a much deeper and more complex version of American history and its relationship to literature than we usually consider,” he said.

Gordon, who has taught at UW-Platteville since fall 2014, studies the development of gay cultures and identities through the last century. His research has led him to projects about major American authors, such as Faulkner, who also write about race, class and larger cultural questions from their respective eras. In November 2018, the UW System honored Gordon with the Dr. P.B. Poorman Award for Outstanding Achievement on Behalf of LGBTQ+ People.

What drew you to William Faulkner and this book project?

William Faulkner began to fascinate me when I was in high school. He writes about his home region, which is just a couple counties south of where I grew up. His use of local history to tell stories with national significance and conveying universal truths became an obsession for me in college and then graduate school, where I finally decided to write about him and some of the elements of his fiction that had always appealed to me.

What was your main goal in writing the book? What do you hope people take away from it?

Faulkner’s status as a great American author is well-established, but his life story is full of references to gay culture and communities that his biographers have deferred from exploring. I want readers not only to see that he was recording gay American history alongside all the other history he recorded in his works, but also that gay history is American history. It’s not a parallel stream; it flows in the main channel.

How long did it take you to write the book?

The first material I wrote that became part of this book dates back to late 2006. It took seven years (to 2013) to write a full draft and another five years to revise it. There were some gaps in there when I focused on other projects, but I can genuinely say that this book is my life’s work, so far anyway.

What type of research was involved in writing the book?

I originally tried to make my argument using complex theories of sexuality, but the lightning bolt that lit the torch that made my writing come to life was when I found the Blotner Papers housed in the L.D. Brodsky Collection at Southeast Missouri State University. These papers are the extensive notes compiled by Faulkner’s biographer, Joseph Blotner, from interviews and his 20 years of research after Faulkner died in 1962. I spent a year combing through these papers and using unpublished documents in them to reconstruct a significant part of Faulkner’s life that it seems his biographers purposefully excluded.

What were the joys and challenges of writing the book?

The archival research changed my entire approach to and understanding of sexuality studies. My time working in the archive was a joy, and I return to the archive often and work with the Center for Faulkner Studies attached to it every chance I can.

As with any project that tries to reconstruct LGBTQ history and identity, that I am profoundly altering our understanding of one of the most celebrated and canonical authors in American Literature has been met with very harsh reactions, including numerous people who simply said that everything I claim can’t possibly be true. But I’ve always found support when I needed it, including the encouragement and, at times, the funding to see this project through to the end.

How did you decide on the book’s cover?

The cover of my book is a story in itself. The original image is a watercolor and ink image of Faulkner’s home in 1976, composed by Roy Neil Graves, one of my undergraduate professors, when he was getting his doctorate at the University of Mississippi. Neil gave me permission to use the image, and the press turned it into the gorgeous and striking image on the cover of the book. Neil also has long been my mentor and writing instructor and encouraged me to attend Ole Miss myself. His friendship over the years has been vital to seeing this projection to publication, and it is fitting that his artwork is on the cover of the book.

How will the book inform your teaching?

Work on this project shaped how I teach LGBTQ literature and LGBTQ studies. While I doubt I’ll ever teach a Faulkner course at UW-Platteville, the bigger themes I explore are fundamental to my scholarly life and the courses that I teach: that LGBTQ history is knowable, it is part of and even at the core of American history, and that it is something to celebrate and embrace, not fear and sweep aside.